On November 18, 2020, FAA Administrator Steve Dickson signed an order rescinding the grounding, in effect since March 13, 2019.

With few exceptions, the worldwide fleet of Boeing 737 MAX aircraft have been grounded when it became clear that crashes of Lion Air Flight 610 and Ethiopian Airlines Flight 302 shared potential causes that appeared to implicate the design of the aircraft. 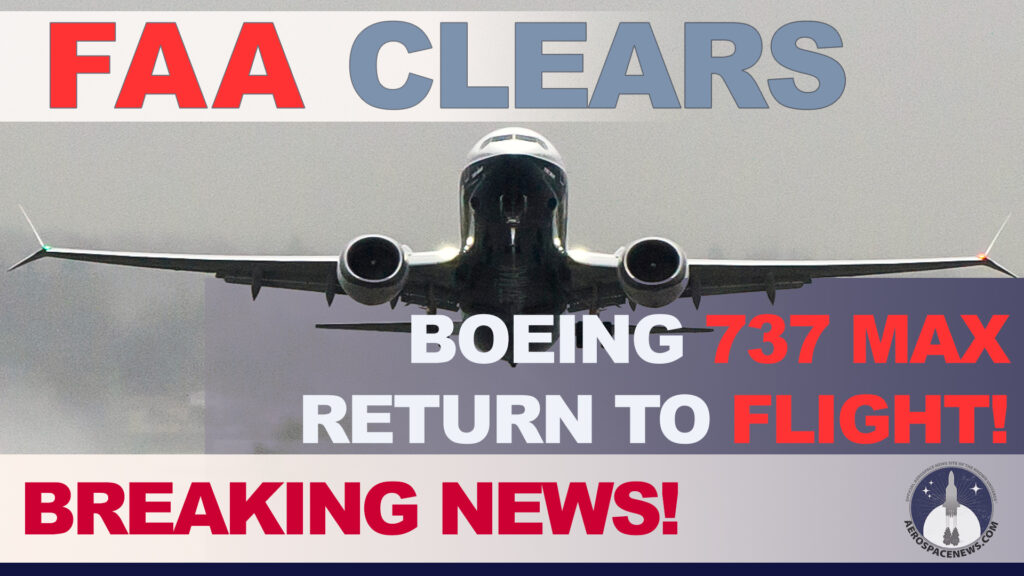 The FAA has cleared the Boeing 737 MAX to return to passenger carrying flight.

The return to flight will not be instant. The FAA is requiring design changes to the Boeing 737 MAX and imposing new training requirements which must be approved per airline.

Stored 737 MAX aircraft will also require work to prepare them for return to service.

There are over 800 737 MAX in the world but there were only some 380 or so flying at the time of the grounding. The rest were built and stored awaiting the results of the accident investigation.

Would you fly on the Boeing 737 MAX? Leave a polite comment!