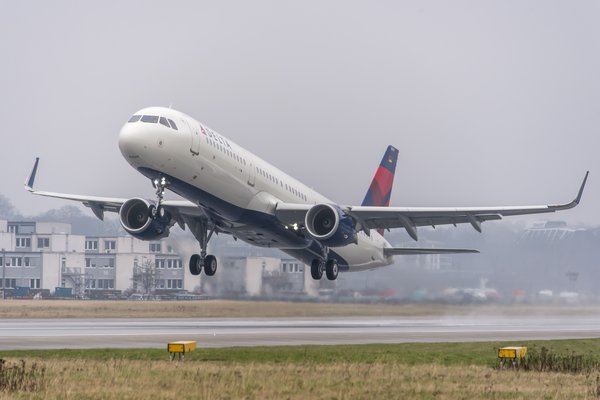 The order also includes a five-year Material Support Agreement (MSA) for the CFM56-5B/-7B engines in the Delta fleet.


These A321 will join the other 126 CFM-powered A319 and A320 aircraft Delta current operates. The airline recently took delivery of its first Airbus A321 and is using the aircraft to gradually replace less-efficient domestic aircraft that are being retired from its fleet.

Delta was actually CFM International’s first customer and launched the product into commercial service on April 24, 1982 when it flew the very first McDonnell Douglas DC-8-71 aircraft powered by CFM's CFM56-2 engine on a flight between Atlanta and Savannah, Georgia. Today, the airline has in service or on order more than 410 Airbus A320 and Boeing 737 family aircraft powered by the industry-leading CFM56-5B and CFM56-7B engines, respectively.

“The start of our relationship with Delta was a pivotal point in CFM history,” said Jean-Paul Ebanga, president and CEO of CFM. “Without the confidence they showed in us back then, we simply would not exist today. It is incredibly gratifying that, 34 years later, Delta still counts on CFM to power its single-aisle fleet.”

"We are honored to be a part of the Delta team,” said Doug Izarra, vice president of sales – Americas, for CFM International. “We have been with them as they became one of the world’s largest, most successful airlines. This order ensures that we are there to support their continued growth.”
About CFM International

CFM56 engines are a product of CFM International, a 50/50 joint company between Snecma (Safran) and GE. CFM, the world's leading supplier of commercial aircraft engines, has delivered more than 29,000 engines to date. The CFM56-5B engine powers every model of the Airbus A320 family and has been chosen to power nearly 60 percent of all A320 aircraft in service or on order.