Embraer is joining together with Brazilian energy company EDP to pursue research into the feasibility of electric aircraft. Initial efforts are focused on an all electric Embraer EMB-203 Ipanema demonstrator aircraft which the company expects to fly in 2021. 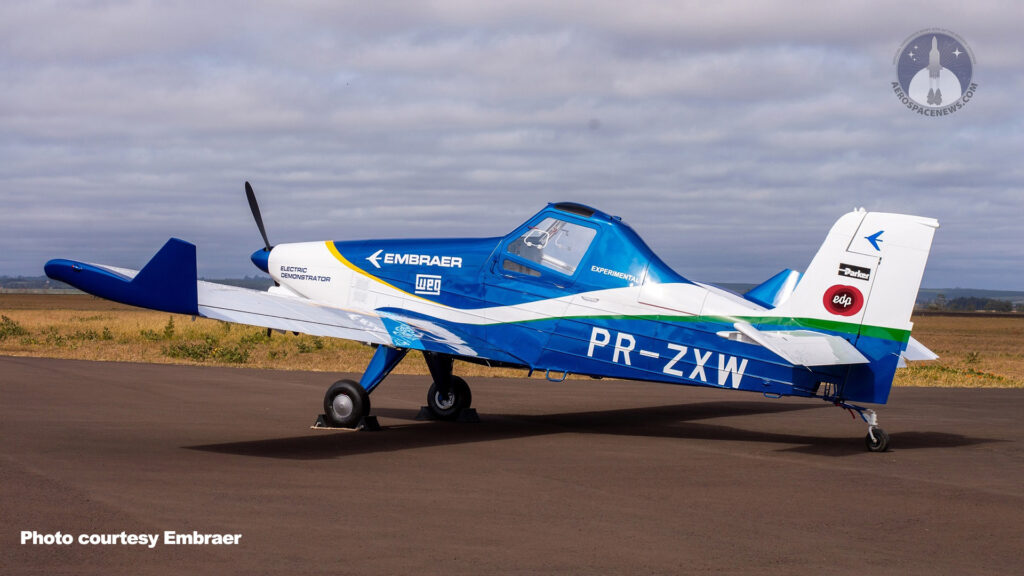 The EMB-203 Ipanema is an agricultural airplane typically tasked with crop dusting and other aerial applications.

Electric aviation is an increasingly active sector of aerospace and one ripe with both promise and extraordinary challenges. This effort from Embraer and EDC aims to tackle some of the challenges faced by electric aviation where weight sensitivity and range are major roadblocks.

However, most aircraft operate at airports, which while seemingly a statement of the obvious, in the case of electric aircraft, also means that the number of places where re-charging infrastructure are needed, unlike in cars, are vastly more limited, allowing for a relatively easier build-out of re-charging networks.

Nonetheless, the energy density of batteries remains a problem: batteries weigh too much and are too bulky or large for the demands of most aircraft today. Safety of battery systems also remains to be established in certified aircraft full motive power applications (powering the motor or motors).

There have already been substantial issues with batteries in other applications within aircraft, as seen in the difficulties, now resolved, faced by the Boeing 787 on initial service.

Another alternative toward the goal could be hydrogen as the energy carrier instead of storage of electricity in batteries alone (there would be batteries in a hydrogen aircraft too), but that's another article.