AirlineExplorer.com is reporting that Boeing has delivered the first of the long delayed B-787 Dreamliner airplanes to launch customer All Nippon Airways (ANA). The delivery ceremonies are taking place in Seattle, Washington, over the course of a three day period starting 25 September 2011. 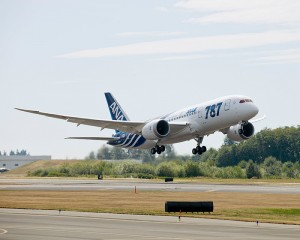 The papers were signed on 25 September but the airplane won't leave for Japan until 27 September. Read the rest of the story on AirlineExplorer: First Boeing 787 Dreamliner Delivered (a new window will open)