In a series of “firsts,” a team led by NASA’s Jet Propulsion Laboratory (JPL) have pioneered not only remote operation of a drone helicopter over unprecedented distance, they have also been the first to fly a powered aircraft on another world. A world with vastly different atmospheric conditions than earth, conditions that could not be 100% replicated on earth during testing prior to launching the experimental aircraft to Mars. 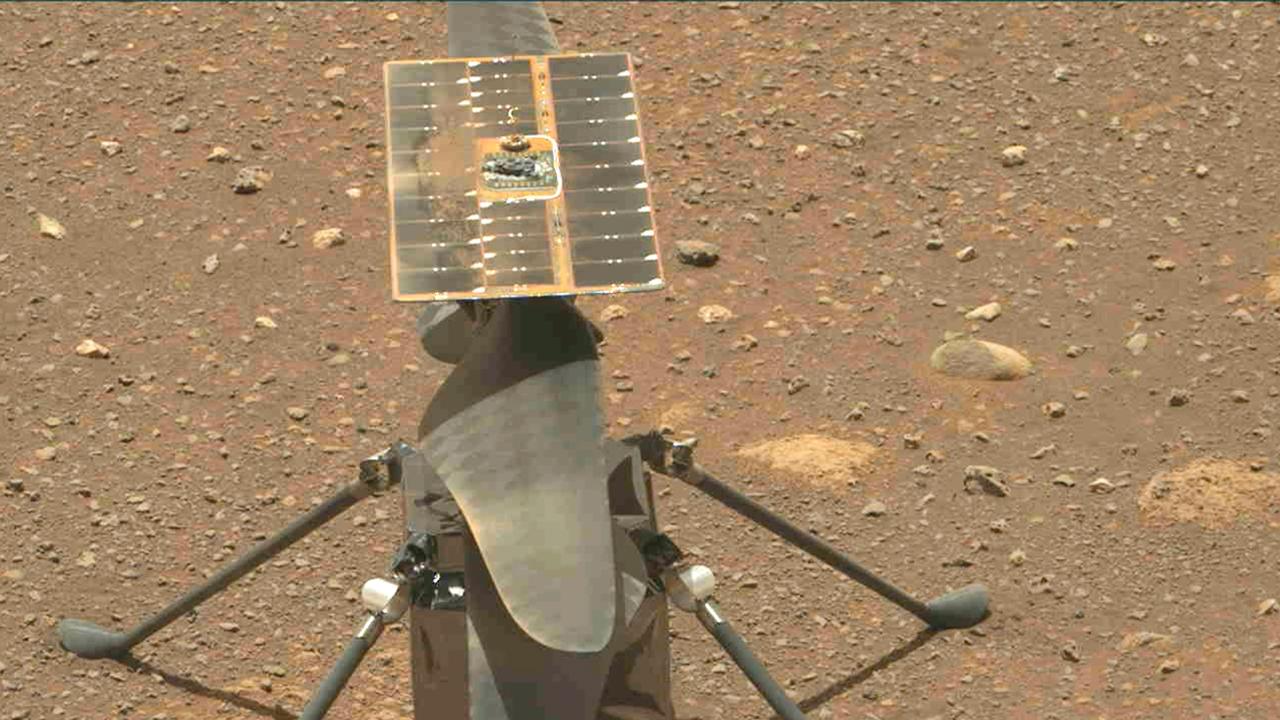 The ambition of this effort can not be overstated. Nor can this accomplishment.


If all goes to plan, this first flight of the Ingenuity helicopter, delivered to Mars along with the rover Perseverance, will begin an approximately one-month flight test program of the tiny helicopter. 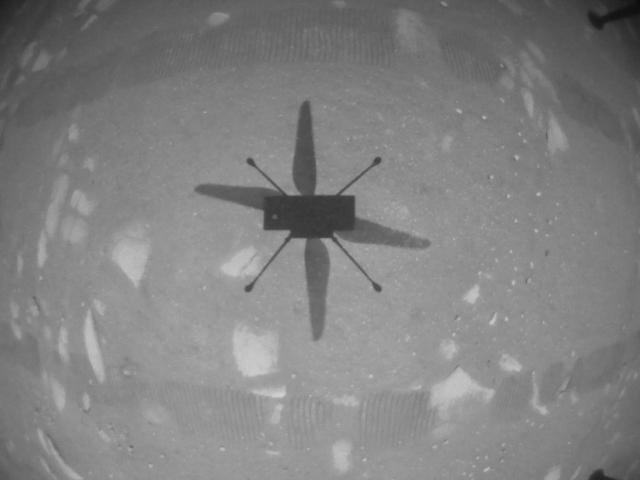 First flight of the Ingenuity Mars helicopter showing shadow of Ingenuity on surface of Mars.

The first photo of the flight iconically depicts the dragonfly-like silhouette of Ingenuity cast as a shadow on the surface of Mars. Additional imagery captured from the same camera but closer to the surface featured more of the boxy shape created by the solar panels atop the little drone.


According to NASA, the helicopter took off at 3:34 a.m. EDT (12:34 a.m. PDT) 19 April 2021, which is 12:33 Local Mean Solar Time (Mars time). This schedule was selected because the Ingenuity team determined it would provide the solar-powered drone optimal energy and flight conditions.

In a statement, JPL said that altimeter data indicated Ingenuity climbed to a maximum altitude of 10 feet (3 meters) and maintained a stable hover for 30 seconds. It then descended, touching back down on the surface of Mars after logging a total of 39.1 seconds of flight. 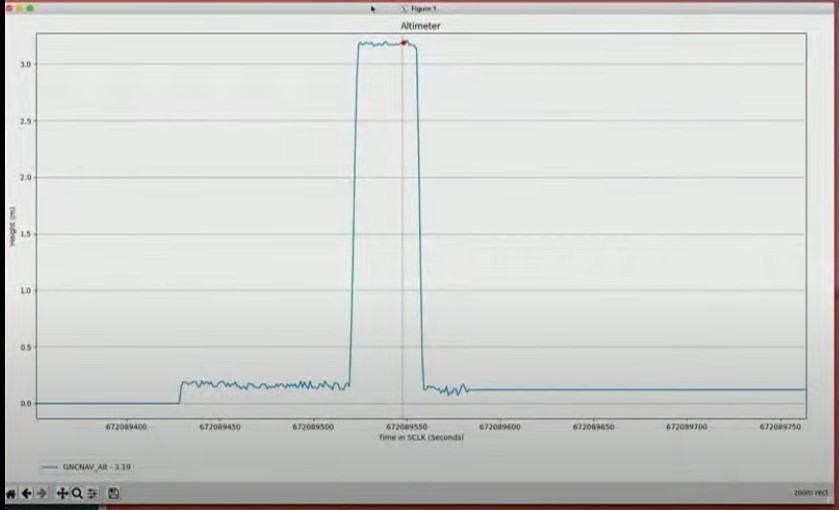 Graph of first flight of the Ingenuity Mars helicopter altitude and flight time.