The first all-electric configuration of NASA’s X-57 Maxwell now is at the agency’s Armstrong Flight Research Center in Edwards, California.

The X-57, NASA’s first all-electric experimental aircraft, or X-plane – and the first crewed X-plane in two decades – was delivered by Empirical Systems Aerospace (ESAero) of San Luis Obispo, California on Wednesday, Oct. 2, in the first of three configurations as an all-electric aircraft, known as Modification II, or Mod II. 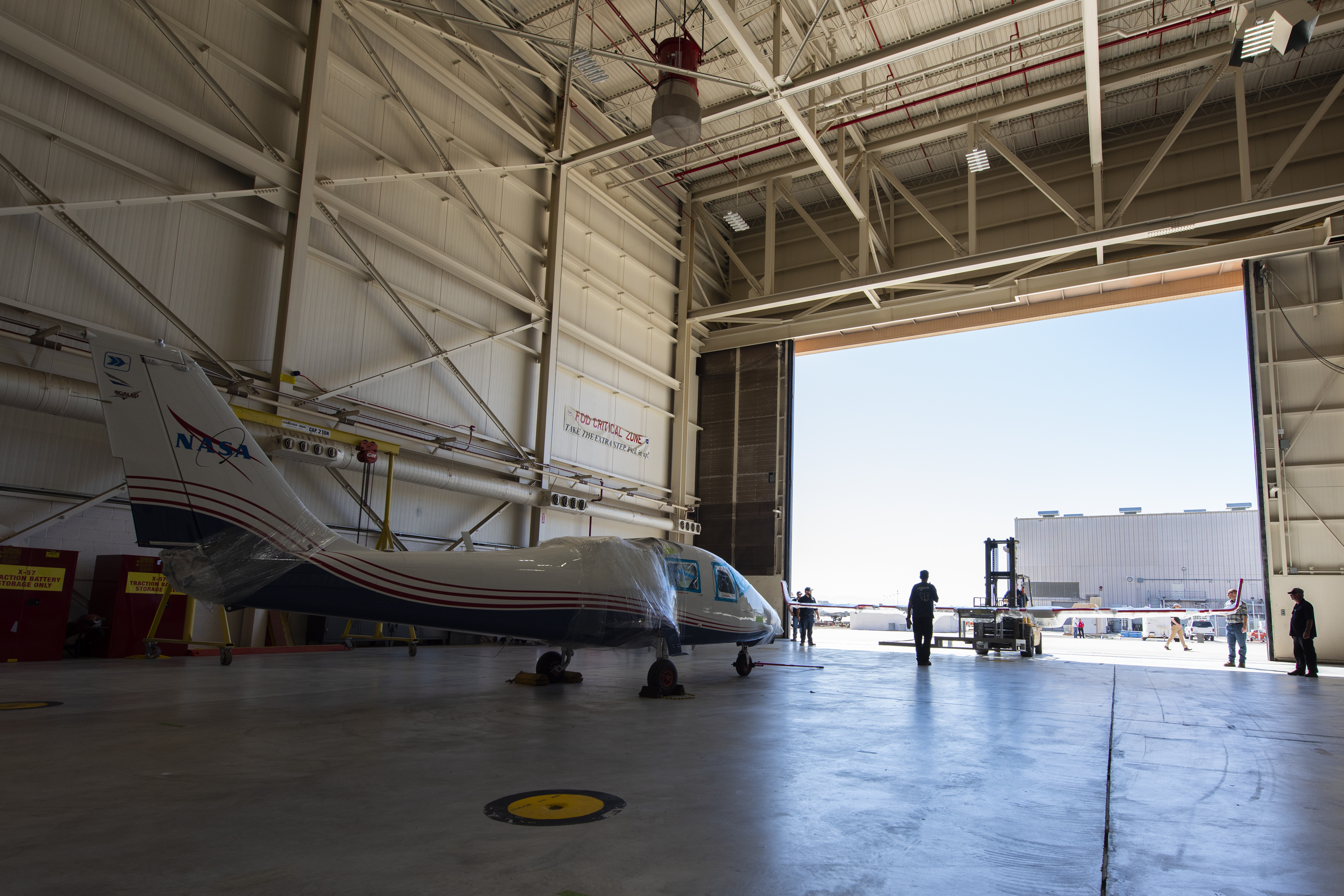 The X-57’s Mod II vehicle features the replacement of traditional combustion engines on a baseline Tecnam P2006T aircraft, with electric cruise motors. The delivery is a major milestone for the project, allowing NASA engineers to begin putting the aircraft through ground tests, to be followed by taxi tests and eventually, flight tests.

"The X-57 Mod II aircraft delivery to NASA is a significant event, marking the beginning of a new phase in this exciting electric X-plane project,” said X-57 Project Manager Tom Rigney. “With the aircraft in our possession, the X-57 team will soon conduct extensive ground testing of the integrated electric propulsion system to ensure the aircraft is airworthy. We plan to rapidly share valuable lessons learned along the way as we progress toward flight testing, helping to inform the growing electric aircraft market.”

While X-57’s Mod II vehicle begins systems validation testing on the ground, efforts in preparation for the project’s following phases, Mods III and IV, are already well underway, with the recent successful completion of loads testing on a new, high-aspect ratio wing at NASA Armstrong’s Flight Loads Laboratory. Following completion of tests, the wing, which will be featured on Mods III and IV configurations, will undergo fit checks on a fuselage at ESAero, ensuring timely transition from the project’s Mod II phase to Mod III.

“ESAero is thrilled to be delivering the MOD II X-57 Maxwell to NASA AFRC,” said ESAero President and CEO Andrew Gibson. “In this revolutionary time, the experience and lessons learned, from early requirements to current standards development, has the X-57 paving the way. This milestone, along with receiving the successfully load-tested MOD III wing back, will enable NASA, ESAero and the small business team to accelerate and lead electric air vehicle distributed propulsion development on the MOD III and MOD IV configurations with integration at our facilities in San Luis Obispo.”

A goal of the X-57 project is to help develop certification standards for emerging electric aircraft markets, including urban air mobility vehicles, which also rely on complex distributed electric propulsion systems. NASA will share the aircraft’s electric-propulsion-focused design and airworthiness process with regulators and industry, which will advance certification approaches for aircraft utilizing distributed electric propulsion.

The X-57 team is using a “design driver” as a technical challenge, to drive lessons learned and best practices. This design driver includes a 500% increase in high-speed cruise efficiency, zero in-flight carbon emissions, and flight that is much quieter for communities on the ground.