Kitty Hawk has unveiled a new personal electric VTOL aircraft they are calling Project Heaviside. The video shows what appears to be a single seat aircraft but flown empty in the demonstration. 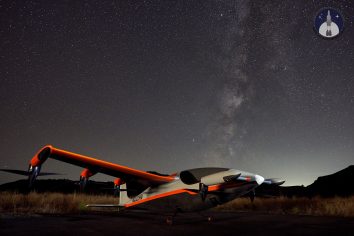